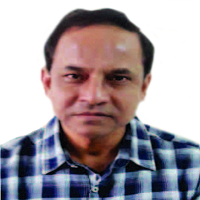 Syed Ahmed ventured into the Bollywood film industry in the late nineties. He is a Singer, Music Director, and as a lawyer also has broad knowledge of Indian Constitution, Copyright and other branches of Indian and International law. He was born and brought up in a remote village named Jhilu in the district of Burdwan in the state of West Bengal. Right from his childhood, he was fond of music and learnt Indian Classical as well as Western genre of music. He has composed many songs for feature films and private albums in Hindi, Bengali, Tamil and Telugu language for which he has drawn accolades from his audience and critics.