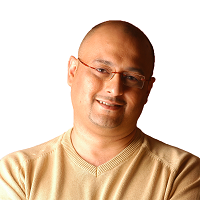 Rajinder Singh started playing for Uttam Singh who introduced him as a guitarist for the song Mere Pyar Ki Umar for the movie Waaris, sung by Lata Mangeshkar and Manmohan. Initially he started off as a guitarist with R D Burman and had the honour to be a part of his last movie 1942: He has worked with eminent personalities in the industry like Javed Akhtar, Sonu Nigam,KK , Sunidhi Chauhan, Shaan, Rahat Fateh Ali Khan and Asha Bhosale. Also he has been associated with renowned banners such as Vishesh Films. He has worked on a total of 25 films within a decade with Mahesh Bhatt & Mukesh Bhatt. Some of the famous films that he worked on are Tum Mile, Jannat 2, Murder 2, Khamoshiyan, Aashiqui 2, Hamari Adhuri Kahani & Ek Villain.